The role of T-Cells in cancer 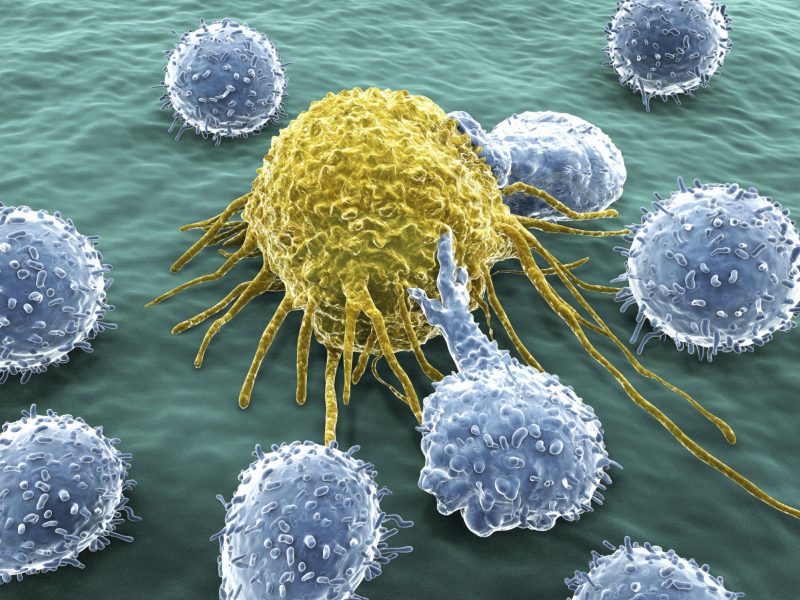 T-Cells (a subtype of white blood cell) have a crucial role in the immune system and fighting cancer.

T-cells are produced in the bone marrow and there are different types in the human body. The function of T-cells in cancer it’s still not very clear in the scientific community but it is known that they work in direct and indirect ways. Although, the scientific community has identified that there are Killer T-cells which can kill cancer cells directly, and Helper T-cells which can fight cancer cells indirectly.

Currently, there is a newly emerging research therapy. This therapy involves re-engineering a patient’s T-cells so that they can recognize and kill cancer cells. This type of therapy is called chimeric antigen receptor-T (CAR-) and until now it has shown promising results in leukemia and lymphoma.

Will we ever cure cancer? Cancer is a labyrinth and we may never be able to cure completely, but scientists are optimistic that vaccines, personalised medicine and smart lifestyle choices will help prevent and treat a much greater proportion of cases than currently happens.