Omicron concerns should spur millions of unvaccinated Americans to get their Covid shots, experts say 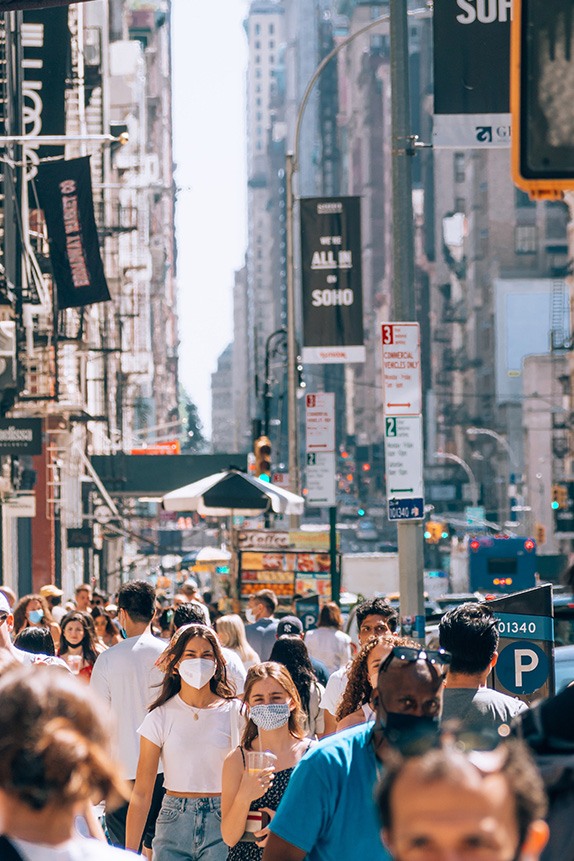 As the new Covid-19 Omicron variant spurs global travel bans, experts say concerns over its impact should prompt millions of unvaccinated Americans to get their shots -- and for those who are eligible, to get their boosters.

“I would hope that within the next week or two weeks, so many of those people will take advantage of the vaccine,” Dr. William Schaffner, a professor at Vanderbilt University Medical Center, told CNN’s Alisyn Camerota Friday. “That will help us in the immediate term. And I would anticipate that, as bad as Omicron might be, our vaccine still will be partially effective.”

“I’m saying this absolutely clearly, that if ever there was a reason for unvaccinated people to get vaccinated and for those who have been vaccinated when your time comes up to go and get a booster shot,” Fauci told NBC News on Friday.

“The booster shots give you a very, very important edge,” he said, noting boosters increase the level of antibodies that protect against the virus.

Data from the US Centers for Disease Control and Prevention showed 196 million Americans, or 59% of the US population, was fully vaccinated as of Friday. An additional 37.5 million have received booster shots, the data shows.

After a pandemic that has lasted nearly two years, experts and global leaders are anxious about the impact of the Omicron variant, and many nations have issued travel bans. Besides South Africa, the newly identified variant has been detected in Botswana, Hong Kong, Belgium, Germany, Italy and the Czech Republic.

Two cases of the variant have also been detected in the UK, Secretary of State for Health Sajid Javid said Saturday, prompting British Prime Minister Boris Johnson to announce a series of “targeted” measures to combat the variant.

On Friday, the US moved to restrict travel from eight mostly southern African countries starting Monday as the World Health Organization deemed Omicron, first detected in South Africa, a variant of concern. Travel into the US will be restricted for those entering from Botswana, Zimbabwe, Namibia, Lesotho, Eswatini, Mozambique, Malawi and South Africa.

Fauci: ‘Would not be surprised’ if variant is already in US

Omicron has raised concerns for health officials because there’s a possibility it could be more contagious than the original novel coronavirus strain, the WHO said, and it also has a significant number of mutations.

No cases of the variant have been identified in the US, the CDC said in a statement Friday, adding the agency is working with health officials both in the US and across the globe to learn more.

The CDC continues to monitor variants, the agency’s statement Friday said. “We expect Omicron to be identified quickly, if it emerges in the U.S.”

On Saturday morning, however, Fauci told NBC he “would not be surprised” if the variant was already in the US.

Hotez indicated more would be known in the next week or two. In the meantime, it was important to keep things in perspective, he said, including the fact “we’ve not seen any evidence that Omicron produces more severe disease than any of the other variants.”

“In terms of whether or not this variant is going to resist the immune response to our current vaccines: it’s possible, but it’s unlikely to be totally resistant,” he said. It could be “partially resistant,” he added, like other variants that “never really took off, even though they had a lot of concerning mutations in the spike protein.”

“The most important thing we really need to know right now is how transmissible is this variant,” he said, and whether it is “sufficient to outcompete” the Delta variant.

“A week from now, if we have this discussion, we’ll have a lot more information,” Hotez said.

Vaccine makers are working to determine effectiveness against Omicron

Vaccine makers have said they are taking action to address the emergence of a new variant.

Moderna is working quickly to test the ability of its vaccine to neutralize Omicron, the company said Friday, and data is expected in the coming weeks.

“The combination of mutations represents a significant potential risk to accelerate the waning of natural and vaccine-induced immunity.”

If its current vaccine and booster are insufficient against the variant, Moderna explained one possible solution is boosting people with a larger dose, which the company is testing.

The company is also evaluating two multivalent booster candidates to see if they provide better protection against Omicron — both of which include some of the viral mutations present in the variant. Moderna said it is also testing an Omicron-specific booster.

“For several days, we have been moving as fast as possible to execute our strategy to address this variant,” Moderna CEO Stéphane Bancel said in the news release.

Scientists at BioNTech, the German company that partnered with Pfizer to make its Covid-19 vaccine, are also investigating the impact of the variant on their shot, with data expected within the upcoming weeks.

A Johnson & Johnson spokesperson told CNN in a statement the company was also testing the effectiveness of its vaccine against Omicron.

The Biden administration’s decision to curtail travel from eight countries is a precautionary measure as the US government learns more about the Omicron variant of coronavirus.

But some experts say travel restrictions aren’t as effective as they may seem.

“Travel bans are modestly effective. They can obviously influence travel directly from that country to the United States,” said Schaffner, the doctor at Vanderbilt University Medical Center.

“But obviously US citizens will be permitted to come back. They could bring the virus. And people could go from the country of interest, South Africa for example, and go to other countries that are not on the travel ban, and enter, if you will, by the side door. So travel bans are somewhat effective, but let’s not expect a miracle,” he said.

Dr. Megan Ranney, a professor of emergency medicine and Associate Dean of Public Health at Brown University, said universal vaccination requirements for all air travel would be more effective.

“Or having quarantines when people arrive in the U.S. from other countries. Neither of those are particularly politically palatable right now, but they would make a much bigger difference in the spread of this variant,” Ranney told CNN’s Jim Acosta Friday.