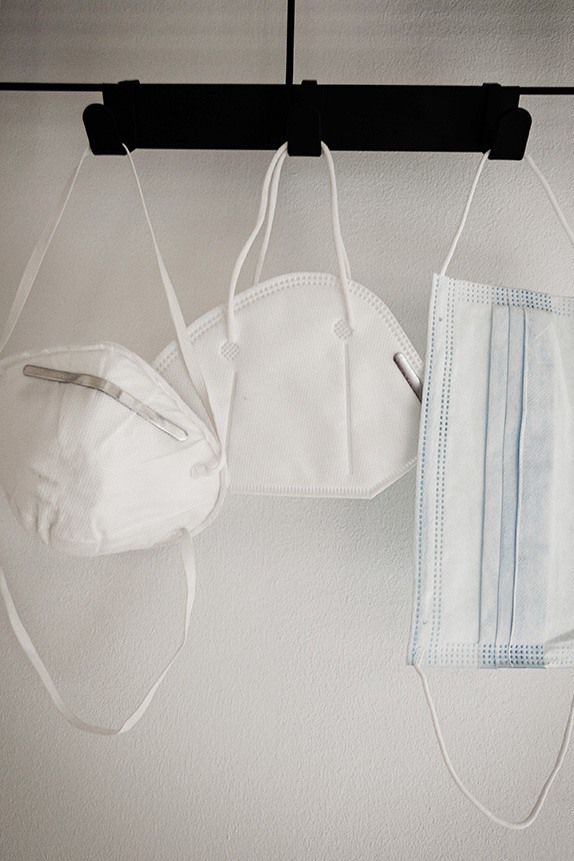 (CNN)The number of patients hospitalized with Covid-19 across the US is the highest it's ever been, pushing officials to enact emergency procedures amid an ongoing case surge fueled by the highly contagious Omicron variant.

More than 151,000 Americans were in the hospital with Covid-19 nationwide on Wednesday, according to data from the Department of Health and Human Services.

The agency’s data on Covid-19 hospitalizations include both patients who are hospitalized because of Covid-19 complications and patients who may have been admitted for something else but test positive for Covid-19. This has been true throughout the pandemic, though the share of patients who fall into each category may have changed over time.

While experts say Omicron appears to cause less severe disease than the Delta variant — especially in people who are vaccinated and boosted — its high transmissibility has sent infection numbers shooting up nationwide, followed by hospitalizations.

“The sudden and steep rise in cases due to Omicron is resulting in unprecedented daily case counts, sickness, absenteeism, and strains on our health care system,” Dr. Rochelle Walensky, director of the Centers for Disease Control and Prevention, said during a Wednesday briefing.

“The risk of hospitalization remains low, especially among people who are up to date on their COVID vaccines. However, the staggering rise in cases … has led to a high number of total hospitalizations,” she added.

To combat the massive strain on health care services that comes as more staff members call out sick with the virus, state leaders are enacting emergency procedures to help hospitals cope.

Oregon Gov. Kate Brown announced Wednesday she was deploying another 700 National Guard members to hospitals statewide. Mississippi health officials directed hospitals to transfer some critically ill patients to different hospitals on a rotating basis, based on location and resource availability. The state’s targeted order applies to patients including those who are being treated for heart attacks, strokes and transplant patients with complications.

Minnesota Gov. Tim Walz announced new efforts to support hospital staffing, including funding that will cover the costs for health care professionals — mostly nurses — to work for 60 hours a week for 60 days.

And in West Virginia, Gov. Jim Justice — who himself is sick with Covid-19 — directed a team of local leaders to review and approve requests from hospitals for staffing support.

In Kansas, doctors warned they’re not just short on staff, but on ventilators and monoclonal antibodies as well.

“The issue with the ventilators is we have many ventilators in-house but not all of them are able to handle the high oxygen requirements that our Covid patients require and the high pressures that they require to maintain oxygenation and ventilation,” said Dr. Lisa Hays, chief medical officer for AdventHealth Shawnee Mission, said.

She added: “I had to learn how many bodies our morgue could hold yesterday and determine whether that was going to be adequate for what our needs are.”

Walensky said Wednesday she thinks the recent rise in Covid-19 deaths is still due to the Delta variant. Delta was the country’s predominant variant for months until Omicron overtook it in the week ending December 25, according to the CDC.

Changes in death rates usually lag behind case rates by a factor of weeks. “We will need to follow those deaths over the next couple of weeks to see the impact of Omicron on mortality,” Walensky said Wednesday during a White House Covid-19 response team briefing.

A preprint study of data from California hospitals found that people infected with Omicron were less likely to be hospitalized — and for a shorter time — than those infected with Delta, and their risk of death was also lower.

The study, which was posted Tuesday and has not yet been peer-reviewed, analyzed data from people in the Kaiser Permanente Southern California health care system in December who tested positive for Covid-19, including about 52,000 infected with Omicron and 17,000 infected with Delta.

More than 62,000 people could die of Covid-19 in the next four weeks, an ensemble forecast from the CDC published Wednesday predicts. Covid-19 has killed more than 842,300 people in the US, according to JHU.

The return-to-school debate rages on

As Omicron rages on, people working in education services have debated whether in-person learning is currently feasible — and school districts across the country have taken different approaches after the holiday break.

Health experts are urging more vaccination, with only 17% of children ages 5-11 and 54% of ages 12-17 immunized so far, according to the CDC.

Dr. Paul Offit, director of the Vaccine Education Center at Children’s Hospital of Philadelphia, told CNN’s Jake Tapper on Tuesday that children are being infected at a much higher rate than in 2020.

More than 580,000 US pediatric Covid-19 cases were reported last week alone, the American Academy of Pediatrics and the Children’s Hospital Association said Wednesday. That’s a 78% increase over the 325,000 new cases reported the prior week.

“Of the children who have been hospitalized or go to the intensive care unit or die, about a third of them have no comorbidities. Therefore, it can occur in anyone,” Offit said Tuesday.

“This is not a virus to fool around with,” he said. “This virus can cause you to make an immune response to your own blood vessels, which means that you can have heart disease, brain disease, kidney disease, lung disease as well as liver disease.”

But Joseph Allen, director of the Healthy Buildings Program at the Harvard T.H. Chan School of Public Health, told CNN’s Erin Burnett on Tuesday that data shows risks to children are very low and it’s time to talk about easing measures such as mandatory masking.

Experts, including Allen, have said in-person learning should move forward, citing the eligibility of K-12 students for vaccines and that adult teachers and staff have had plenty of time to get inoculated and boosted.

“We are coming up on two years of disrupted school, kids in masks, to think there is no harm there or no loss in socialization, no impact, I think is incorrect,” Allen said. “The risk to kids is low and adults have had time to protect themselves with the vaccine.”

Pediatric Covid-19 hospitalizations across the country recently hit a pandemic high — at 5,018 children on Saturday, well beyond the peak of a Delta-variant-driven wave, which was 2,544 on September 10, according to HHS.

As some schools return to class, others head home

Several of the nation’s largest school districts are returning to in-person learning while others are shifting to remote.

Districts in Los Angeles, Chicago and Atlanta moved forward with returns to classrooms this week.

While other districts, such as Cincinnati, Santa Fe and Las Vegas — where the Clark County school district is the fourth largest in the country — are temporarily moving back to remote learning as they deal with teacher absences.

In Louisiana, a group of teachers was planning a “sickout” Wednesday to protest Covid-19 protocols and severe staff shortages, demanding virtual learning return in their district and for school officials to extend isolation times for those infected from five days to 10 days.

“Entire departments are out, buses and classrooms are being combined, ancillary staff, teachers, office staff, and other school employees are covering classes to keep the school afloat,” said Valencea Johnson, president of the East Baton Rouge Parish branch of the Louisiana Association of Educators. “We cannot continue to do this. Our staff is experiencing burnout and our students are not getting the education they need and deserve.”

CNN reached out to the superintendent of the district for response.

The Biden administration is set to give K-12 schools an additional 10 million Covid-19 tests per month, according to a government fact sheet — but that would cover just a fraction of students. Approximately 53 million students were in grades K-12 as of 2019, according to the US Census Bureau.

And according to the CDC, Covid-19 screening should be offered for students at least once per week when community transmission is at moderate, substantial, or high levels.